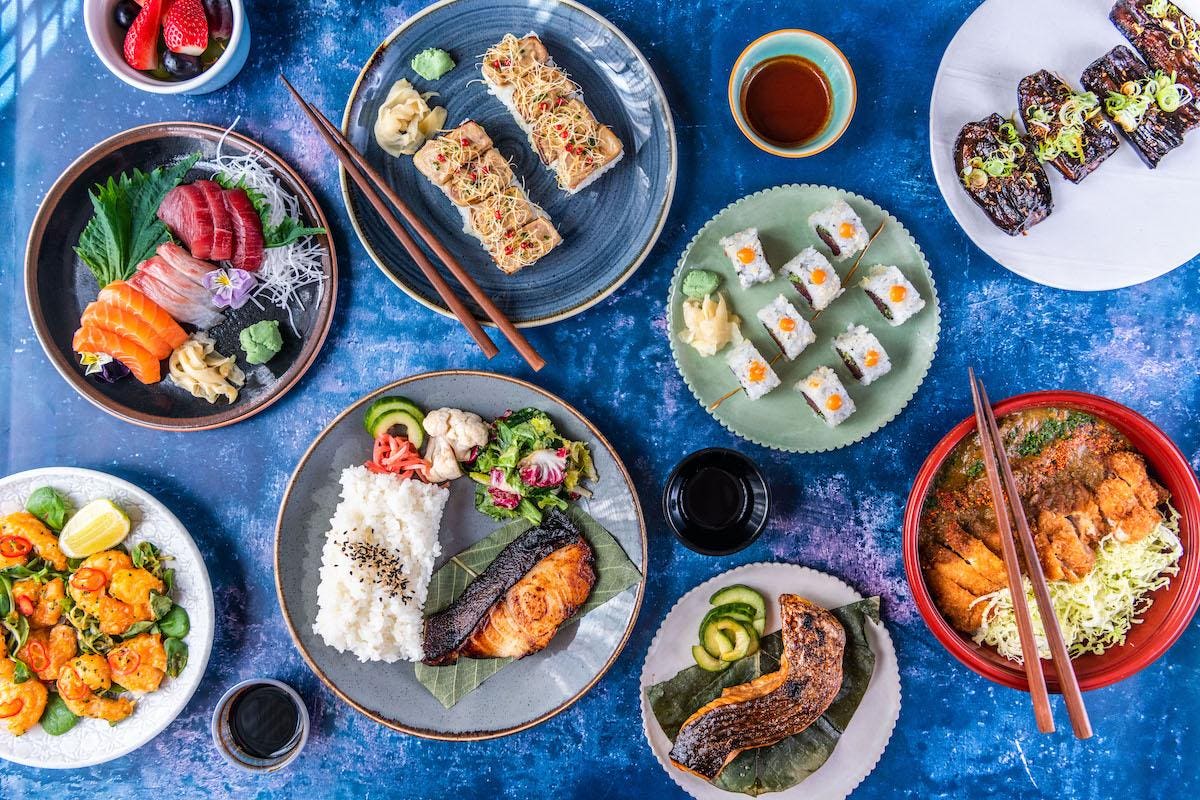 For UK diners confined to home again, thanks to Covid-19 restrictions, it’s good news that their favorite restaurant meals are now available for home delivery. From sushi and Pad Thai to butter chicken and slow-cooked beef, here are some of the best home delivery restaurant meals in the capital, several of which are available nationwide.

Chef Cam Emerali’s popular Soho restaurant 10 Greek Street has introduced Cook at Home with a compact menu that changes daily. The menu is designed around whatever seasonal ingredients are in the kitchen at the time, keeping cooking interesting for the chefs and eating out exciting for the customers at home. Minimal preparation for home delivery dishes is required, with about 20 minutes cooking time. Portions are generous. A typical menu could include a main course of slow-cooked short rib of Dexter beef that’s been cooked for five hours and just requires reheating in its juices. Sides include confit potatoes roasted in beef fat, rosemary and garlic, braised curly kale, carrots and parsnips with garlic and chilli. A moist and moreish dessert is poached quince, polenta and almond cake with creme fraiche. Dining at home with comfort food this delicious feels almost as a decadent as eating out.

Kerth Gumbs, Executive Chef of Ormer, was a well-deserved finalist of BBC television’s Great British Menu in 2020. A graduate of Le Cordon Bleu and a former chef at numerous Michelin starred restaurants, Chef Gumbs has been delighting diners for the past four years at Ormer in the Flemings Hotel in Mayfair with a decadent but decidely unstuffy menu. Likewise, Ormer At Home brings the highest quality of ingredients to offer an a la carte menu that is remarkably close to their restaurant experience. Expect expertly executed British dishes using seasonal produce from land and sea and freshly foraged vegetables from local suppliers. Menu highlights include yellowtail ceviche, nut-crusted sea bass and Chef Gumb’s spectacular take on the classic apple crumble which in his hands has become a chocolate apple stuffed with cream surrounded by crumble and apple on the outside. Fine wines, beer, cocktails and champagne selected by Master Sommelier Svetovslav Manolev are also available for home delivery.

Issho-Ni, the east London based Japanese restaurant and cocktail bar, has brought back Issho-Ni At Home, for the second UK lockdown. The delivery menu is impressively extensive with all the restaurant’s favorite dishes. Izakaya-style dishes, sushi platters, ramen in a pork broth cooked for twelve hours, spicey shrimp tempura and tuna tartare are just a few highlights. And to accompany the food are pre-made cocktails and an excellent homemade mulled sake.

From the creators of Six by Nico, Chef Nico Simeone has launched “Home by Nico” with twelve different menus from twelve different cities around the world, one for each month. Each home delivery will include six ready-to-eat courses for two, with a starter, main course, two side dishes, cheese course and dessert. Also included is a carefully selected bottle of wine. The current menu is a Thai street food from Bangkok featuring Panang red curry and crispy pork Pad Thai.

In celebration of the 75th anniversary of Pad Thai as Thailand’s official national dish, popular Thai restaurant Rosa’s is offering the opportunity for customers to try their hand at making founder Saiphin Moore’s signature Pad Thai at home – without the hassle of sourcing and measuring ingredients. Since opening her first restaurant in London’s Brick Lane in 2008, Chef Moore has launched 20 other restaurants in London, Liverpool, Leeds and Manchester. There are now 21 Rosas’ in London, Liverpool, Leeds and Manchester. In addition to Pad Thai, green curry kits will also be available for home delivery every Friday.

Chef Saransh Goila’s world-renowned butter chicken, is a dish that has garnered a cult-like following since it first arrived in Mumbai five years ago and won the “people’s choice” prize at India’s famed food festival, World on a Plate (WOAP) in 2019. Chef Goila brought his popular dish to Carousel restaurant in London for a sell-out, two- week residency, earlier this year. Plans were swiftly put in motion for a long-term partnership and this month, the moreish chicken dish was launched for deliveries across London. All orders will be accompanied with Dal Makhani, sourdough naan, pickled sweet and sour shallots, coriander chutney and Jeera Rice. Vegetarians can replace the chicken with paneer. Using sustainably sourced produce, including free-range, herb-fed slow grown chicken from Yorkshire, as well as creamy French butter from the Estate Dairy in Somerset, the chicken is cooked using eco-friendly charcoal from FSC certified forest. All packaging is made from recycled materials and is fully compostable.

Award-winning chef, Ravinder Bhogal, who runs and her restaurant, Jikoni in London’s Marylebone, has adroitly adapted her Marylebone restaurant Jikoni’s eclectic menu for home dining with the launch of “Comfort and Joy.” The vegetarian and vegan menu focuses predominantly on the flavors and cultures of South Asia, the Far East, the Middle East and East Africa. The home delivery menus change twice a week and include dishes like dhal dhokli, paneer braised in kale, spinach and sorrel and crispy aubergine in Sichuan caramel. The dishes are delivered in 100% compostable containers and for each box sold, a meal is donated to Jikon’s charity partner NishkamSWAT to help support the vulnerable in the UK.

Kings Cross’s German Gymnasium, is now offering home deliveries of their most popular dishes as are the other restaurants in the popular D&D restaurant group that includes Bluebird in Chelsea and Orrery in Marylebone. German Gymnasium’s pared down home delivery menu has retained favorites including currywurst and chicken schnitzel. Or choose from one of their special meal deals, such as the “GG butcher’s feast” for two or four people. A selection of German beers, wines and cocktails are also available.