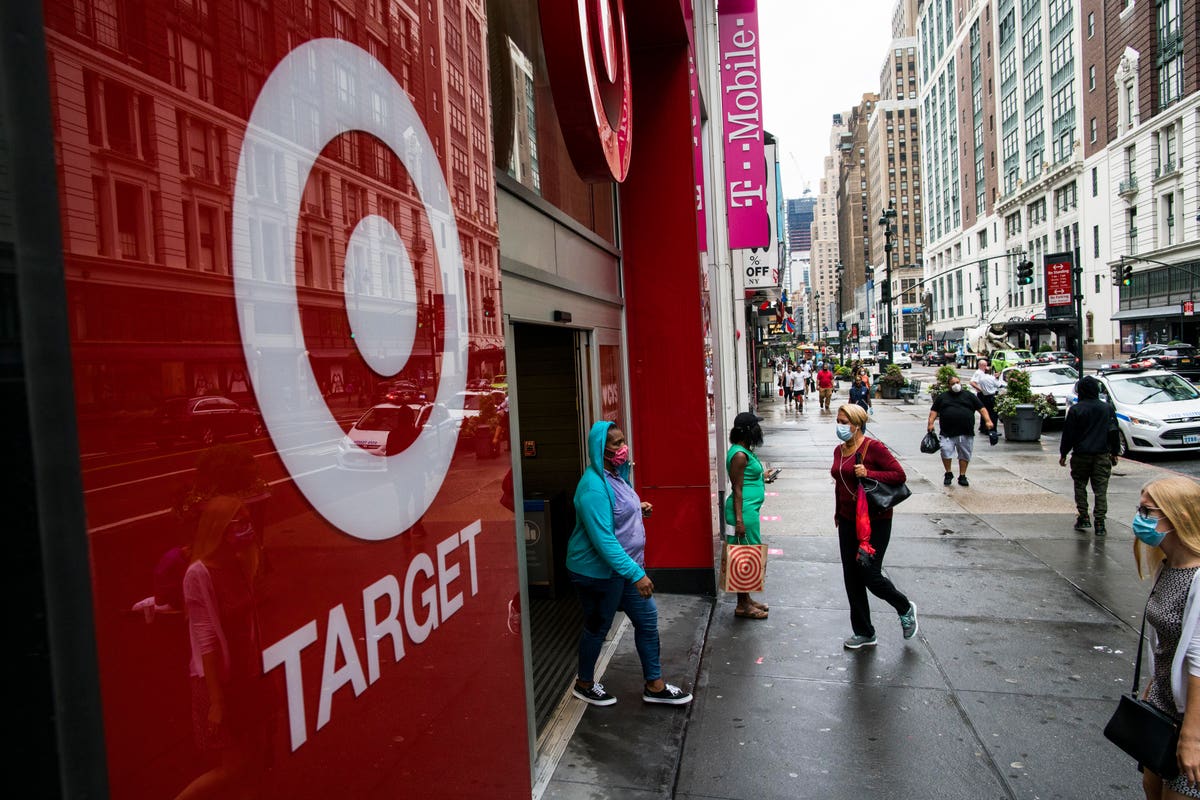 Coronavirus may have driven people to move out of dense urban markets like New York, but don’t expect Target to say goodbye to cities.

“We remain really bullish on the small-format stores and the opportunity in front of us there,” said Target’s chief operating officer John Mulligan on a conference call Wednesday, when the retailer reported a 21% jump in third-quarter comparable sales. “Dense urban neighborhoods have continued to perform very well.”

Even though college campus or employment center locations have underperformed as Covid-19 led to school and office closings, Target still “sees great opportunities across all the different trade areas,” he said.

“We believe in college campuses,” he said. “We’re very bullish on those for the future.”

Mulligan said Target will continue to open small formats in many of the same areas that it’s opened them in historically, and plans to eventually open 40 new stores a year. In response to an analyst question on the call, he also acknowledged Target would take advantage of the opportunity if more real estate should become available.

As of Oct. 31, Target had 115 small-format shops, which are under 50,000 square feet and carry a curated assortment of products across different categories versus its full-line stores. These small stores have been the fastest growing format of the company’s nearly 1,900 store fleet—mostly much larger stores with an average size of about 130,000 square feet and could go up to 170,000 square feet or more.

Target said in March its small stores alone generated $1 billion in sales last year and said it will also begin to explore sites for stores that are about 6,000 square feet – roughly half the size of its smallest small-format store – so that it can reach even more consumers in urban neighborhoods and on college campuses.

As cities like New York have seen a spate of restaurant and store closings and a sharp decline in the leasing rate, Target’s ambition on the small-format front continues to paint a sharper divide between the industry haves and have nots and bigger market share shift. Lines observed outside of some of Target’s locations in New York can often be contrasted with nearby stores that have permanently closed or see little traffic.

Average retail asking rent in Manhattan in the third quarter dropped for the 12th straight quarter, with the average of the main retail corridors declining nearly 13% from a year earlier, according to commercial real estate brokerage and research firm CBRE.

That means opportunity for those like Target that have more resources to potentially jump in and take advantage of the decline in cities like New York.

Target isn’t just growing in cities. The company, like larger rival Walmart, has also benefited from being a one-stop shop and selling both essentials and other things, and from using stores as online fulfillment centers.

Target said its sales rose by more than $10 billion the first three quarters of this year. For reference, it took Target eight years, from 2011 to 2019, to increase sales by that same amount.

Year to date, Target said it has gained more than $6 billion in market share. Third-quarter sales were driven by both increased visits and customer buying more per transaction. Demand picked up across product categories from food to apparel.

Online sales more than doubled after increased orders for both curbside and in-store pickup, as well as same-day delivery through its acquired Shipt service. The company, in addition to luring shoppers with its own in-house labels, last week also signed a deal to open Ulta Beauty
shop-in-shop cosmetics stores inside its stores.

“Target (is) demonstrating its ability to deliver both market share growth and improving profitability in changing macro backdrops,” Gordon Haskett analyst Chuck Grom said in a report. “We expect this dynamic to continue even as we progress towards a post Covid world.”

Related on Forbes: Why the new Amazon Pharmacy could pose a real threat to drugstores