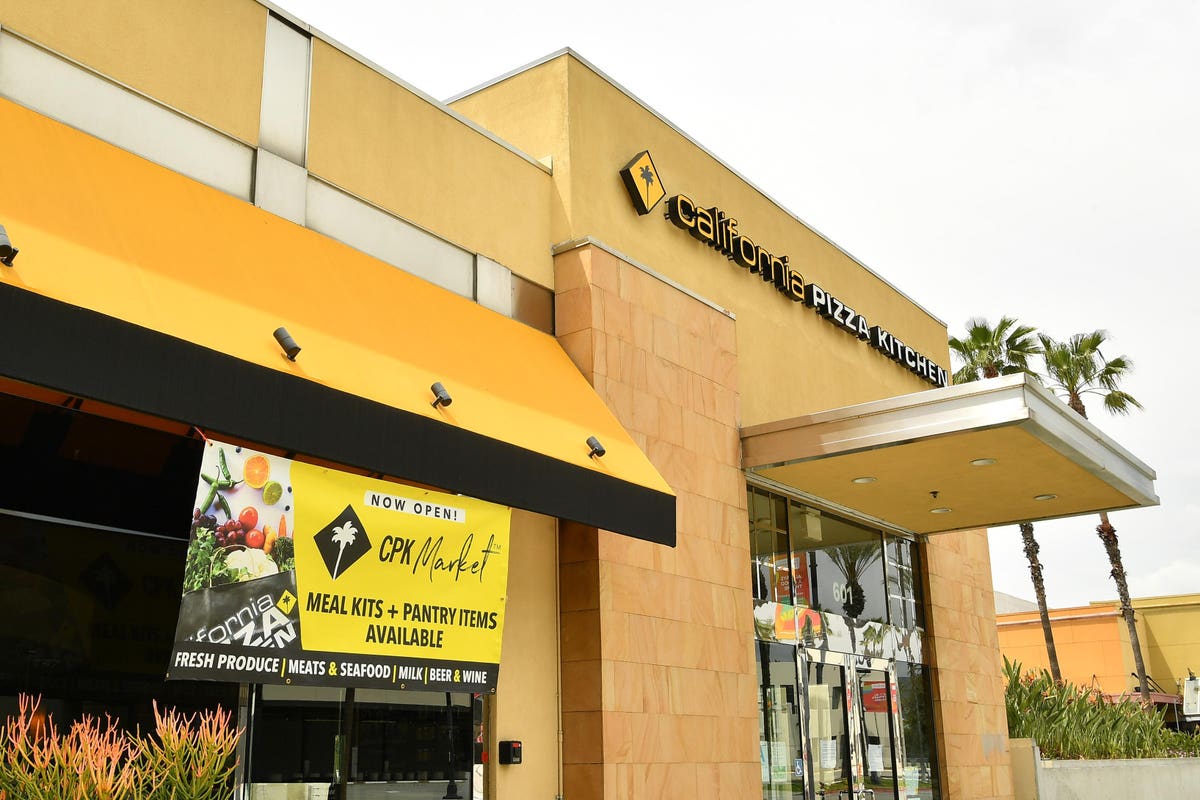 The restaurant bankruptcy mill has been churning at a brisk pace during the COVID-19 crisis, pulling legacy chains like Chuck E. Cheese’s and Sizzler USA into its wake.

But that’s not necessarily the biggest headline. What is rather is that this is likely just the beginning, signaled by a lack of interest in turning some of these chains around in this environment.

Consider California Pizza Kitchen, the casual dining chain established 35 years ago that arguably put barbecue chicken pizza on the map. The company declared bankruptcy in July–not surprising in this environment and with about $400 million in debt. What is surprising is that no bidders showed interest for its assets earlier this month. The company will therefore be turned over to bank lenders to lead its turnaround.

Ruby Tuesday’s bankruptcy came earlier this month and the nearly-50-year-old chain also plans to hand its keys over to lenders.

These outcomes are driven by deep apprehension, and the fact that nobody knows what these chains’ valuations are now, according to David Bagley, managing director at Carl Marks Advisors.

“Bankruptcies often happen because of the decrease of the valuation of a business. In the long-term, that’s what it’s about–valuation. Bankruptcy is trying to settle that equitably by allowing a forum for creditors, investors and interested parties to hear the case,” Bagley said. “California Pizza Kitchen is a great example of what’s happening right now. Nobody knows what the valuation is. If no parties can agree on what that valuation is, then you have what has happened here.”

That valuation is murky because disparate dining room restrictions are in place and because nobody knows what the end game is at this point.

“There is a market supported by multiples–whether earnings, operational metrics, whatever–that provide a baseline. That’s gone. Revenues are down to zero or they’re unknown, while restaurant occupancy rates are down to 25 or 50%. Those metrics have gone away,” Bagley said. “What do we base valuations on now? I don’t know. It could be location, equipment, what leases might be worth in the future. Those are not normal metrics and so the valuation becomes uncertain.”

Because of that, he adds, a number of companies, especially middle-market companies, are actually holding back on filing for bankruptcy right now.  As Bagley explains, there are a number of firms currently stuck “in no man’s land” trying to wait out the crisis.

“If you don’t know what that transaction looks like, you can’t count on bankruptcy as your exit strategy,” he said. “That’s why we’ll probably see more bankers and lenders taking on the restructuring of a business. There’s just too much uncertainty.”

And, although banks and landlords are doing their best to be flexible, that flexibility is running out as the crisis continues. In April, landlords were more willing to provide abatements or deferments. Banks provided forbearances. Food vendors worked with restaurants to ensure they stayed in business so they could stay in business. In other words, restaurants had options as their business ecosystem navigated a new crisis together.

“Each of these parties have a stake in reopening. But the banks have been flexible to the point where they soon won’t be able to be flexible anymore. If a borrower hasn’t paid in six months, that’s one thing. But nine or, especially, 12 months is different. That’s unchartered territory,” Bagley said. “They’ve got to get paid at some point. Companies have run through their flexibility and banks will start reducing the amount of capital in the system, which always precipitates bankruptcies.”

Bagley predicts more CPK-type transactions where there are no bidders or, in Bar Louie’s case (in which Carl Marks served as an advisor), where the banks become the bidder.

“I believe you’re going to have more of these situations until the current uncertainty goes away. If you tell me today that I can open up my business at 100%, I can make a plan to get my operations and finances and marketing up and running. I have history and comps to know what that could look like,” Bagley said. “I can make reasonable assumptions if I’m operating at 100%. But until we reopen at 100%, I can’t solve the issues of valuation. Who knows when we’ll get to 100%.”

That said, Bagley is still optimistic. He believes the restaurant companies that are well capitalized and well run will emerge stronger than ever. He believes there is a significant amount of pent-up demand from consumers to dine out when we get to the other side of this.

The challenge will be getting to that other side.

“This is a short-term issue,” he said. “It might be a long year or year and a half, but it’ll turn around vigorously.”