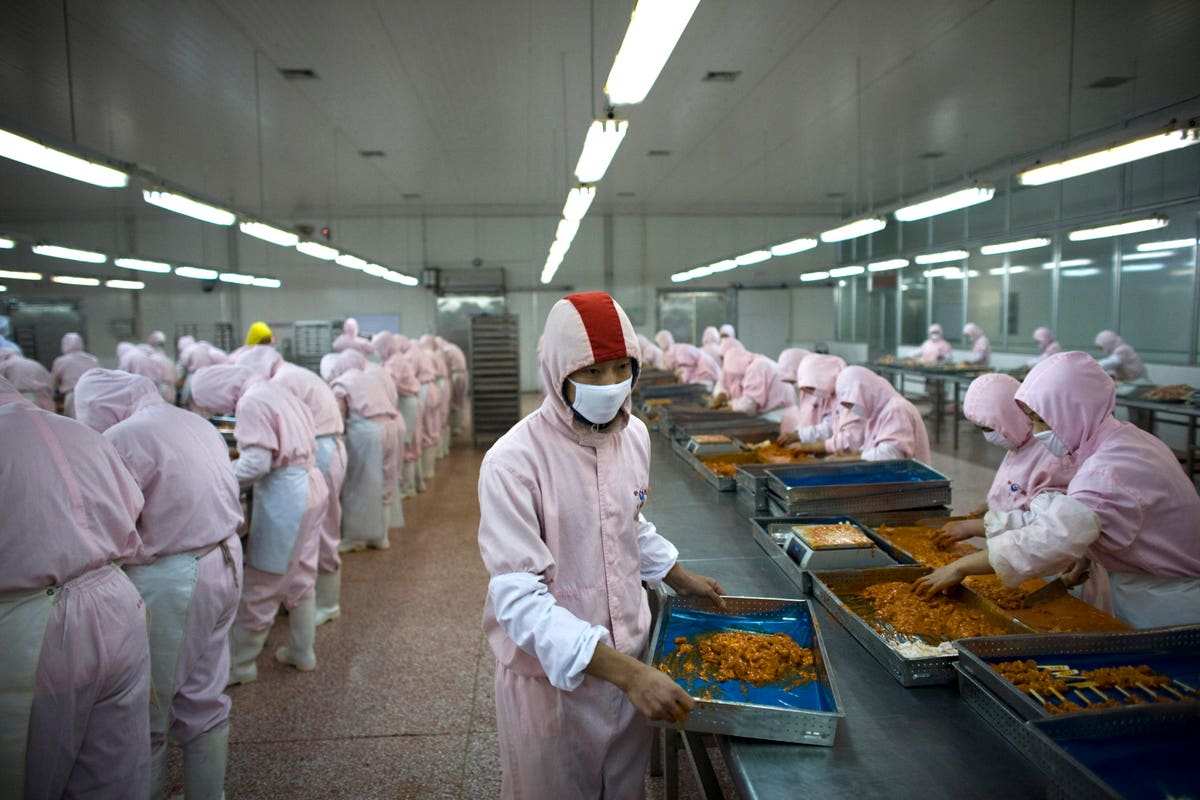 Two food advocacy groups have accused Tyson
Foods of false advertising in a new complaint filed with the Federal Trade Commission. The complaint was filed Thursday on behalf of the organizations by the Richman Law Group.

Food and Water Watch, a food advocacy group, and Venceremos, a poultry workers’ rights organization, together accuse Tyson Foods of making two false claims to consumers. First, that the company works with “independent” family farmers and, second, that it provides plant workers with a “safe work environment.”

Though much of the evidence contained in the FTC complaint predates the pandemic, the groups argue that worker deaths and illness tied to Coronavirus outbreaks at Tyson processing plants make it abundantly clear that the company’s claim that it provides a “safe work environment” is false.

“Independent” farmers may not be independent

Like many other poultry companies, Tyson Foods contracts with farmers to raise their chickens until they are ready to be shipped to plants for processing. While the contract farmers are not employees of Tyson Foods, Food and Water Watch and Venceremos argue that the characterization of these farmers as “independent” is false and misleading to consumers.

According to a 2018 report cited in the complaint, the Small Business Administration’s inspector general determined that many of these poultry farmers were not truly independent, as they were unable to effectively negotiate contract terms with these large and powerful poultry corporations, including Tyson Foods. In effect, it isn’t a level playing field.

Typically in these arrangements, Tyson supplies the chickens and feed to their contract farmers, who in turn are responsible for the housing, labor and utilities. But the complaint alleges that Tyson’s contract farmers had to grow the birds according to the very specific requirements set forth Tyson, with no room for true negotiation.

For example, farmers are required to make expensive upgrades to their chicken barns without any added compensation to offset the additional costs. To make matters worse, these farmers feel they have nowhere to go once they’re locked into the contract.

According to the complaint, “the average sized family farm is now spending over an additional $13,000 for utilities since upgrading their poultry houses to Tyson’s specifications,” without extra compensation from the company.

To be clear, these contractual arrangements are not unique to Tyson. Poultry farmers who work with companies like Pilgrim’s Pride
have also complained that these contract relationships are unfair and economically damaging. At the same time, there are also farmers who report satisfaction with their longstanding arrangements with poultry companies, including Tyson.

The advocacy groups also allege that Tyson’s claim that it provides a safe work environment is demonstrably false.

Tyson was forced to close multiple processing plants due to coronavirus outbreaks in its workforce. The complaint alleges that “more than 8,500 Tyson employees at 37 poultry, pork, and beef plants in seven states have been confirmed to have tested positive for COVID-19, an infection count more than double that of any other meatpacker.”

Twenty-five Tyson employees have died from the Coronavirus, the complaint also alleges. According to reporting by Leah Douglas for the Food and Environment Network, there have been more than ten thousand Coronavirus cases in the Tyson Foods workforce, thousands more than at competitors Cargill and JBS.

On Thursday, Tyson launched a new initiative for combatting the spread of COVID-19 in its workforce, with increased testing and the appointment of a chief medical officer, as well as increased nursing staff.

In addition to the new initiative from Tyson, the company published an open letter to its team members on May 1 regarding the safety measures put into place at its processing plants, including regular deep cleaning and access to onsite testing, which has now been expanded.

Must prove claims were likely to mislead consumers

The FTC defines false and unlawful advertising claims as a representation or omission that is “material to a consumer’s decision making” and “likely to mislead.”

Proving that consumers could be misled at the supermarket based on advertising about family farms or safe working conditions may be difficult, as most consumers are still making choices based on price, taste and convenience above all else.

Yet the perceived meat shortages at the grocery store have definitely made an impact, leading at least some consumers to pay closer attention to where their meat comes from, both how it is raised and how it is produced. Whether that’s enough to meet the FTC legal standard, however, remains to be seen.

A representative from Tyson Foods provided the following statement:

“At Tyson, our top priority is the health and safety of our team members, their families and our communities. We take this responsibility very seriously and are doing everything we can to keep them safe and healthy. Our team members are committed to feeding the world, and that begins with the relationships we have with our independent livestock and poultry farmers and ranchers who provide us with high-quality protein. They are helping us supply safe, affordable, high quality beef, pork and chicken to our customers and consumers during this exceptionally unprecedented and trying time.”

This story has been updated.

Over 11,000 Ice Cream Cartons Recalled Due To Possible Metal Pieces
Couple spend lockdown making over Irish stately home
Will vaccine passports open up our holidays?
The best hotels in Norwich city centre, including free parking and stylish rooms
How to survive in a free falling elevator – Lonely Planet
Real Estate in Fort Lauderdale, FL
Follow us on Facebook
Follow us on Twitter
Follow us on Instagram