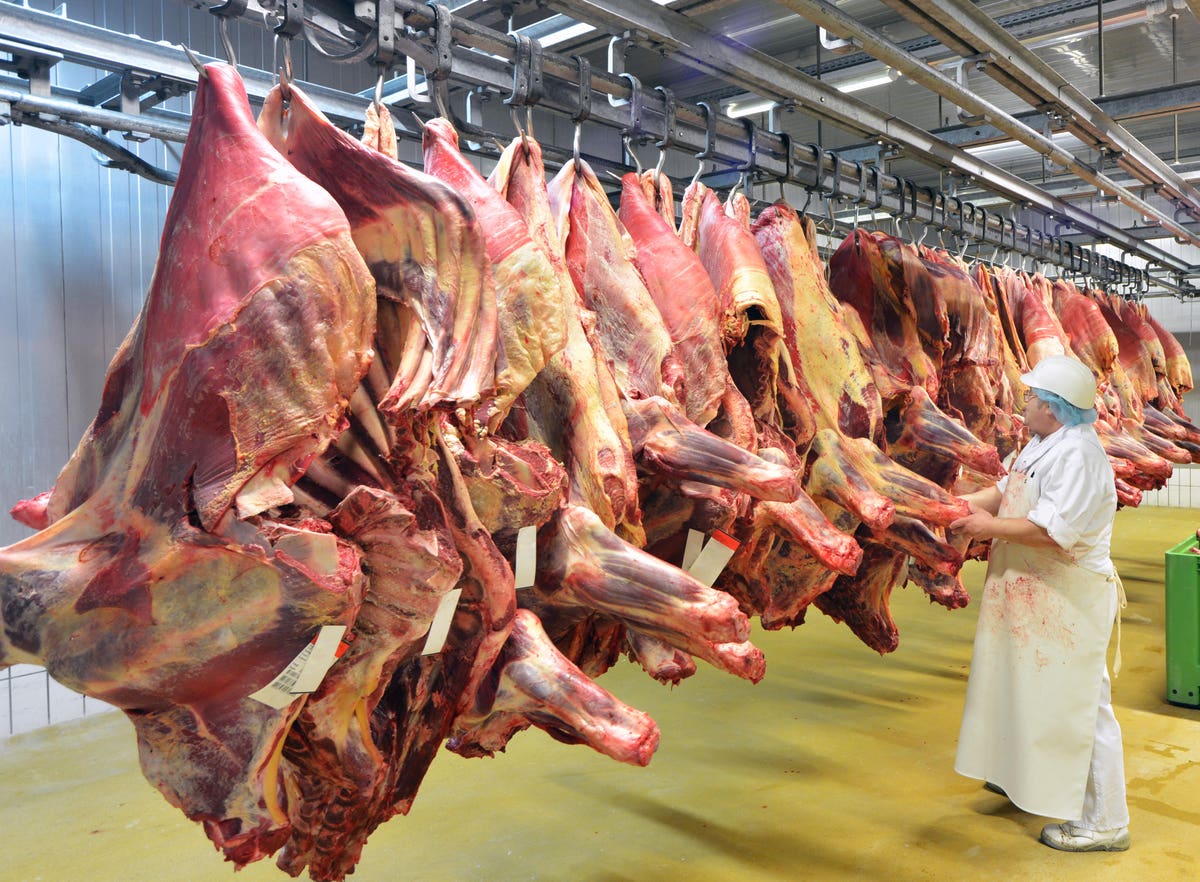 In the 1980s, I was working on improving pig handling in North Carolina, when one morning, the plant was hit by lightning. There was a torrential rainstorm, a big bang and then a power failure stopped everything. The entire plant was dark and silent and everything had stopped. I realized then that meat and fresh produce have a problem that most other products do not have. I watched the frantic pig procurement manager calling up every farm and buying station to stop the arrival of pigs. Some got diverted to other plants. I realized then that live animals and produce cannot be stored and processed easily when disruptions occur.

The pandemic proved this. Meatpacking plants were forced to run at reduced capacity in April and May, because many employees became sick from COVID-19 and in some cases, entire plants had to be shut down for cleaning and disinfection. It caused a ripple effect: Thousands of healthy pigs had to be euthanized on farms in the Midwest because the slaughter plants had greatly reduced capacity. The carcasses had to be either buried or composted. It was an astronomical waste of food and some of the methods used to destroy the pigs severely compromised animal welfare. Farmers who raise pigs have been devastated and some now have post-traumatic stress after they shot thousands of pigs in some cases. And while other farmers developed methods to slow down pig growth, putting them on a high roughage diet to reduce weight gain and building extra barns, these efforts were not enough. There were still thousands of market ready pigs with nowhere to go.

Problems first arose when COVID-19 shut down the restaurants. This resulted in having to slow the slaughter lines because the restaurants were no longer buying. It took several weeks to figure out how to sell packages destined for restaurant use at the supermarkets, since retail packages are required to have different labelling even though the restaurant packages contain exactly the same USDA-inspected meat. The USDA reacted quickly to modify labeling requirements. Bureaucracy also caused astronomical amounts of milk and produce to be destroyed. Farmers poured milk out, lettuce was plowed into the fields, and eggs were thrown away. The normal channels for selling these products had stopped working.

Pork and beef plants have come back quicker than expected. Pork production is more susceptible to disruption than cattle because pigs have a single stomach, similar to humans, and slowing down growth is more difficult. Beef cattle are easier to store because they are grazing animals that can live on grass. But most are now back to near-full productivity. When COVID-19 first hit the U.S. in March and April, slaughter capacity at some plants dropped to under 30%. Western Livestock Journal’s Pete Crow recently wrote that “Packers have slaughter back on track.”

The destruction of pigs on the farm has also mostly stopped. Problems with backed up pork supply chains turned out to be regional. Before COVID-19 came to the U.S., there were several large pork plants in the eastern U.S. that were selling whole pig carcasses to China, drawn by new demand after the Chinese pig herd had been decimated by African swine fever. Processing of whole pig carcasses required a much lower number of employees. And then when COVID-19 hit these plants, they were still able to maintain most of their capacity and fewer pigs had to be destroyed. The story is different in the Midwest, where plants didn’t have access to this market for pork, so they did not convert to selling whole carcasses. After the coolers got filled during the pandemic, production slowed down. In this region, the number of pigs destroyed on the farm skyrocketed.

The industry needs to work on contingency plans to make these fragile and centralized but cost-efficient supply chains more flexible and less prone to disruption by pandemic, storms, or civil unrest. Flexibility has to be created around both the live animal end of the supply chain and the consumer end. When a huge choke point fails, such as a slaughterhouse, there needs to be contingency plans to divert products. This is the only way to prevent another episode of horrendous food waste.

Building flexibility and robustness into these complex networks of suppliers, plants, truckers and retailers will be a big task, but there are a few key ways that can be addressed.

1. Develop other outlets for live pigs such as more local processing facilities.

Ranchers who sold directly to consumers were less effected by problems at the large plants. Specialized local producers can co-exist with large meat companies and grow to 20% of the market. This model would be similar to the Colorado beer industry. Many small specialty brewers co-exist in the shadow of the giant Budweiser plant. When COVID-19 shut down the restaurants, the smaller brewers started canning their specialty beers.

2. Locate places in the United States where larger cuts of pork or beef could be easily marketed.

If a slaughterhouse is short-staffed due to sickness or another problem, it may not have enough people to convert pork carcasses into smaller cuts. The remaining crew should be shifted to slaughter to keep live pigs moving off the farms. Large cuts of pork, such as hams, backs, and shoulders, could be sold to military bases, prisons, rural areas, and other areas that would have both the facilities and people, like butchers, to finish the processing. I know certain communities in New York City were a truck load of large pork cuts could be sold in hours. These outlets need to be identified before the next disruption occurs.

The same USDA inspected beef and pork from the same animals goes into all three of these products. The managers of the large plants have legitimate fears that their company would be dragged into expensive lawsuits and problems with regulators if they independently made decisions to divert products. The distributors who normally sell to restaurants and schools need to have contingency plans in place. If a second wave of COVID-19 closes the recently reopened schools, then the delivery truck that would usually go to a school needs to be diverted to a supermarket or food bank. A system should already be in place so retail labels could be stuck on the restaurant packages by supermarket employees. Cut through the bureaucracy about labeling.  The only label a fresh large cut of pork needs is “Fresh Pork Keep Refrigerated.” Some of the regulatory labeling issues could be solved by separating minimally processed products such as fresh pork and eggs from highly processed products with added ingredients such as lunch meats. People with allergies have to have accurate labels to avoid life threatening allergic reactions. Fresh pork, milk, and eggs have no added ingredients and labels for allergens would not be needed.

Preventing food waste and maintaining animal welfare standards is the right thing to do. COVID-19 is a gigantic wakeup call and the world needs to adapt and build flexibility and robustness into centralized fragile supply chains.

Indulge In Barefoot Elegance at the Seven Stars Resort & Spa In Turks & Caicos
Amazing Ways To Travel Healthy And Safe
United adds some international flights for September, but remains cautious
Travel Tips: Saving Money
A Cheese Guru Reveals 5 Secrets To Hosting A Perfect Cheese And Wine Tasting
Real Estate in Fort Lauderdale, FL
Follow us on Facebook
Follow us on Twitter
Follow us on Instagram